Jointly organised by Samsung and Viu, BTOB member Yook Sung Jae was back in our Sunny Island once again for an Exclusive Meet and Greet session to celebrate the release of the all new Samsung Galaxy Note9.
Despite the sweltering weather, the crowd cheered and screamed when Yook Sung Jae made his appearance at Bugis Junction last Saturday, 22 September 2018. Fans were also serenaded by the singer with a remake of the song “Confession” from ‘Temptation of Wolves’.

On his secret of taking the best photos, he mentioned that he would try to take photos from different angles to find the angle just right for him as photos would come out looking the same if he takes a selfie from the same angle. With the all new Samsung Galaxy Note9, he can just wink, smile and the photo will be taken.

“As long as I use the Samsung Galaxy Note9, everything will come out good”
– Yook Sung Jae 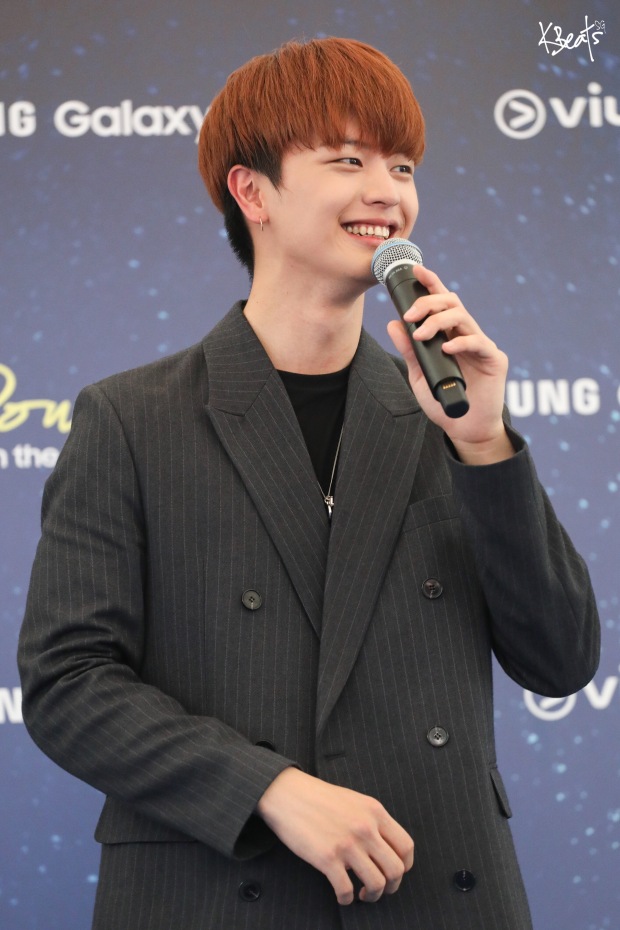 Despite having a concert the day before in Jakarta, Sung Jae was all smiles and was enthusiastically waving to fans and responding to them during the talk session at the Meet and Greet.
On a question regarding Sung Jae’s busy schedule, he said that he was not able to meet with his family often. Whenever he has the time, he would talk to his family members through video calls.

Sung Jae surprised the Media and the crowd when he revealed that he would like to work with Gentle Bones, a Singaporean singer-songwriter. Even though he likes to listen to ballads, he recently got into R&B and EDM music genres, and he looked up on Singaporean singers.
If an opportunity arises, Sung Jae says it would be an honour to collaborate with them. 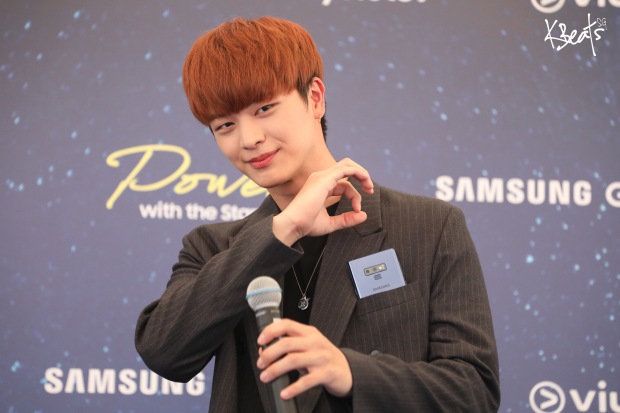 On his recent trip to LA and to Singapore, Sung Jae has build up his confidence in the English language. When asked to show off his most frequently used phrases, he went “I can’t open my eyes because you guys so shine like the weather” while covering his eyes pretending like he has been blinded by the fans.

Next, five lucky fans who were chosen previously received an opportunity to interact with Sung Jae on stage up-close and one of them even got the chance to be fed by Sung Jae himself! The others received a personalised wake-up call recording, ringtone, a selfie and a hug with Sung Jae.

Reaching the end of the exclusive Meet and Greet, Sung Jae autographed 20 new sets of the Samsung Galaxy Note9 box. The first 20 fans who buys the phone at the Bugis Junction Samsung Store would be able to score a signed set.

Sung Jae was then surprised by the Vice President of IT and Mobile Samsung Electronics Singapore, Ms Sarah Chua where she presented Sung Jae with a caricature drawing of himself, together with a new set of the Samsung Galaxy Note9.

Saying bye to the fans, Sung Jae felt that it was a pity that he was only able to meet fans for such a short time and that he will come back to Singapore again with his BTOB hyungs to perform for all Melodies.

We would like to express our gratitude to Samsung and Viu for the invitation to cover the Exclusive Meet & Greet!