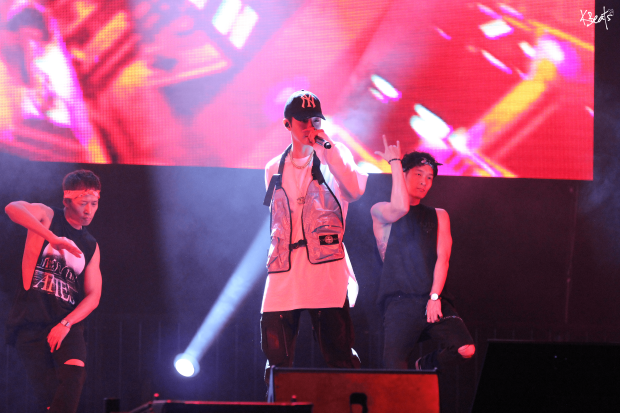 After successfully holding the Fan Meeting in Seoul and in Bangkok, former Wannaone member Lai Kuanlin brought his first solo Fan Meeting “Good Feeling” to Singapore. The Fan Meeting was held on 30 April 2019 at ZEPP@BIGBOX. Despite being only 18-year-old, he was able to speak in many different languages and this time around, the Fan Meet was held both in Chinese and English. 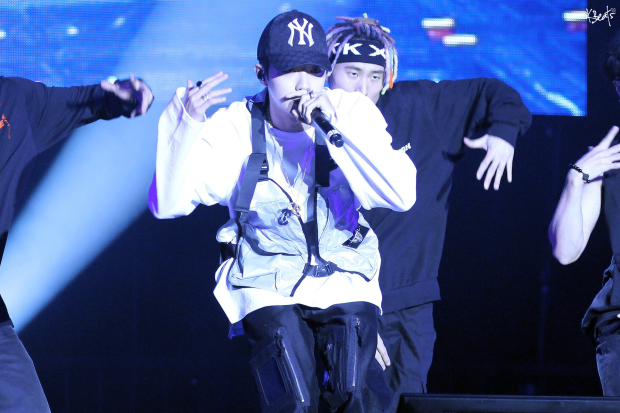 Kicking off the first stage of the night, the atmosphere instantly heightened as Kuanlin  performed to an amazing live performance with his rapping skills to “Hypey”, a song that was collaborated with GOT7’s member Jackson Wang.

During a talk segment, he revealed pictures of when he was still a child and one picture was him in a apron holding onto a plate of food he cooked while shooting for the fanmeet’s VCR. When asked if he’s a good cook, Kuanlin humbly replied that he’s not that good and added that he’s cooking is enough to feed himself.

MC: Do you think there would be a chance where you can cook for the fans?
KL: I really want to cook a meal for the fans and that is why I made that cooking VCR. I want to show you guys my cooking skills and if there’s a chance that I can cook for you guys, of course and why not! 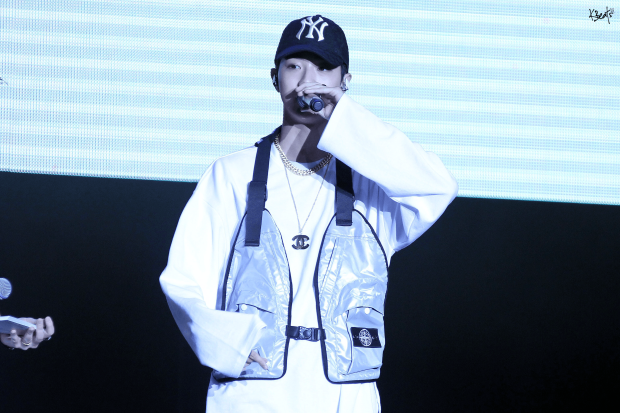 During the Fan Meet, we were brought through different segments where in “The school of LAI”, classes of Economic, English and Physical Education were held, and in “Truth or LAI(Lie)”, a lie detector machine determines if Kuanlin was telling the truth when he answers to questions from post-its that fans have written on before the fanmeet. As the lie detector machine has been constantly saying that he wasn’t telling the truth, Kuanlin said jokingly “You should take this machine away. It is kinda useless.”.

After the fun segments where fans got to know him more, Kuanlin took over the stage again where a mini-concert was held. Kuanlin performed to “I’m A Star”, “Let You Go” by Machine Gun Kelly and “Shape Of You” by Ed Sheeran. During “Shape Of You”, to get a closer look of his fans, he headed down the stage to the audience area and some lucky fans even got to hi-five him!

The fanmeet concluded with a special VCR prepared by his Singapore fans, followed by the final song of the night, “Good Feeling”. During the ending ment, Kuanlin emphasised how grateful he is for his fans and promised to come back to Singapore to sing for them.

For more pictures of Lai Kuanlin during the Fan Meet, head over to this link!

We would like to Thank Fouroneone Entertainment for the invite to cover ‘2019 LAI KUANLIN Fan Meeting [Good Feeling] in Singapore’!