Brought to you by Starspeed Entertainment and Faith & D Entertainment, the King of Korean pop Rain (also known as Jung Ji Hoon) was in Singapore last year for his concert tour “The Squall” that will be held on the 31st of December.

Dressed in a white suit and a black tie, he politely greeted the Media and fans who have appeared for the press conference that happened on the 30th of December at the Resorts World Convention Centre, Resorts World Ballroom. As his concert will be held the next day, he revealed that he will be performing his newer songs, and also, as was anticipated, his classic ones. As Singapore’s concert is considered of a smaller-scale compared to the other countries, fans will be able to have closer interaction with Rain and also to see the more “natural” side of him.

Fans that have been waiting for Rain’s new album, the Singer will be releasing his new album soon on the 15th of January! He revealed that one of the album’s track was produced with PSY and it’s an R&B style. Also, his album will be including one Chinese track! Being not only a Singer but also an actor, Rain’s latest Chinese drama “Endless Love” starring f(x) Victoria, will be released soon. When asked about his experience working with Victoria, he praised her acting skills and her cute, lively and lovely personality. He mentioned if he had the opportunity, he would love to film in Singapore as he loves the country very much and no matter what genre it is, just filming in Singapore would already be an honour!

During the press conference, Rain also revealed that he is will be debuting a new boyband earliest by next year or in 2018 that will be under his newly established entertainment label – the Rain Company. Let’s look forward to the debut of the new boyband!

On the day of the concert “The Squall”, although the concert started one hour late, Rain sent his Fans squealing in delight when the concert kicked off with ‘It’s Raining’. After performing a few songs, he greeted the fans in English and apologised for the delay of the concert.

Rain also showcased his amazing vocals and serenaded fans with songs like ‘The Song That Will Get You’ and ‘Love Story’ that fans also began to sing along with him. Rain also performed his hit songs such as ‘LA Song‘, ‘Hip Song’ ‘Love Song‘, ‘Only You‘ and ‘Rainism‘. While he was singing ‘Handshake’, he went down the stage and interacted with some fans by shaking their hands.
During “I Love You”, many fans started to go to the front of the stage to get a closer look of the Rain. Wanting his fans to enjoy the concert, Rain beckoned his fans to go forward and even saying that “it’s okay!” to the security. 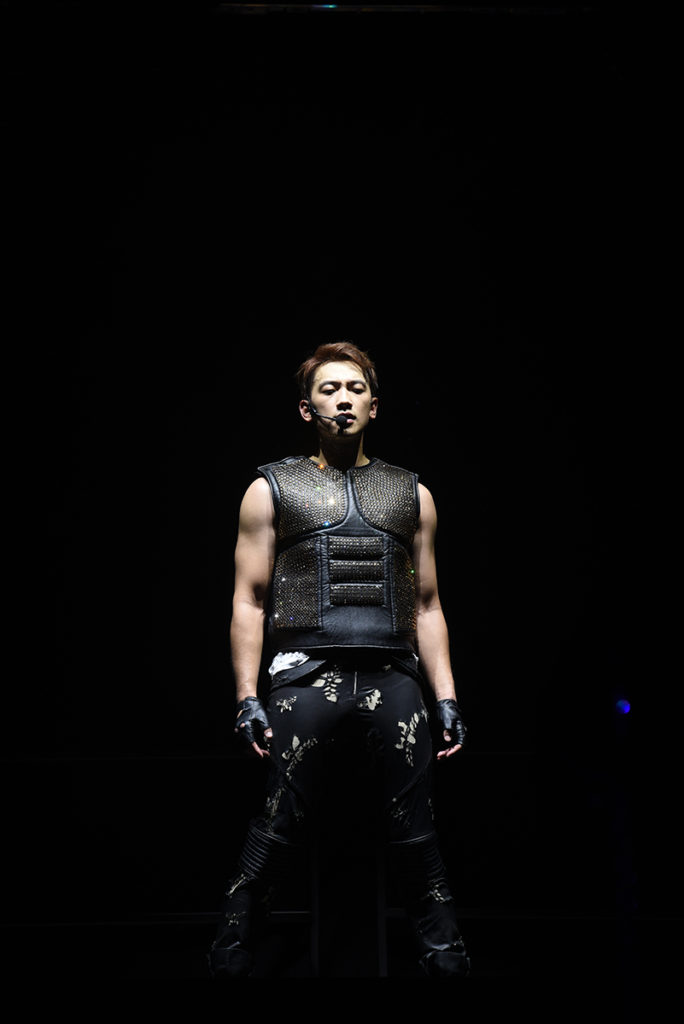 Before the concert came to a close, Rain wished everyone a Happy New Year performed a remix of ‘LA Song’, which continued to pump up the energy and the mood of the concert since most of his fans were already up on their feet. He then closed the concert with the song “Pumps and a Bump”.