Decked in an all black suit, Kang Daniel held his one and only press conference for his ‘Colour On Me” tour yesterday, 15 August 2019 at the Intercontinental Singapore Hotel. KANG DANIEL FAN MEETING: COLOR ON ME is slated to take place in Singapore, Hong Kong, Bangkok, Taipei and Kuala Lumpur with more destinations to be continued.

At the press conference, Kang Daniel first thanked fans who welcomed him at his arrival at the airport and he felt touched touched that there were many fans waiting for him even though his plane touched down near midnight. When asked about the video on Twitter where he hi-fived a fan, he revealed that he was aware that it became viral.

On the topic on WANNAONE, Kang Daniel feels that even though he has his dancers with him during his performances, he feels that something is missing and the feeling is different as he has more pressure to fill up the stage by himself. However, he hopes that he will be able to show more of himself to his fans, including his energy as a solo artist.

Onto his first solo album released last month which broke the record for the highest number of first week sales as a solo artist, Daniel said that he has put in great amounts of effort into making the album where he attempted new genre of songs. For his next album, Daniel says he wants try something darker to show the different colours he has as a solo artist.

Kang Daniel was then asked to introduce his songs according to colours where ‘I Hope’ is Orange-yellow and ‘Horizon’ is Black. He also stated that he is like the black colour, as his favourite colour is black! He made a hint to fans though, saying he hopes to see fans in PINK as it is a colour that is passionate but not as overwhelming as the colour red. 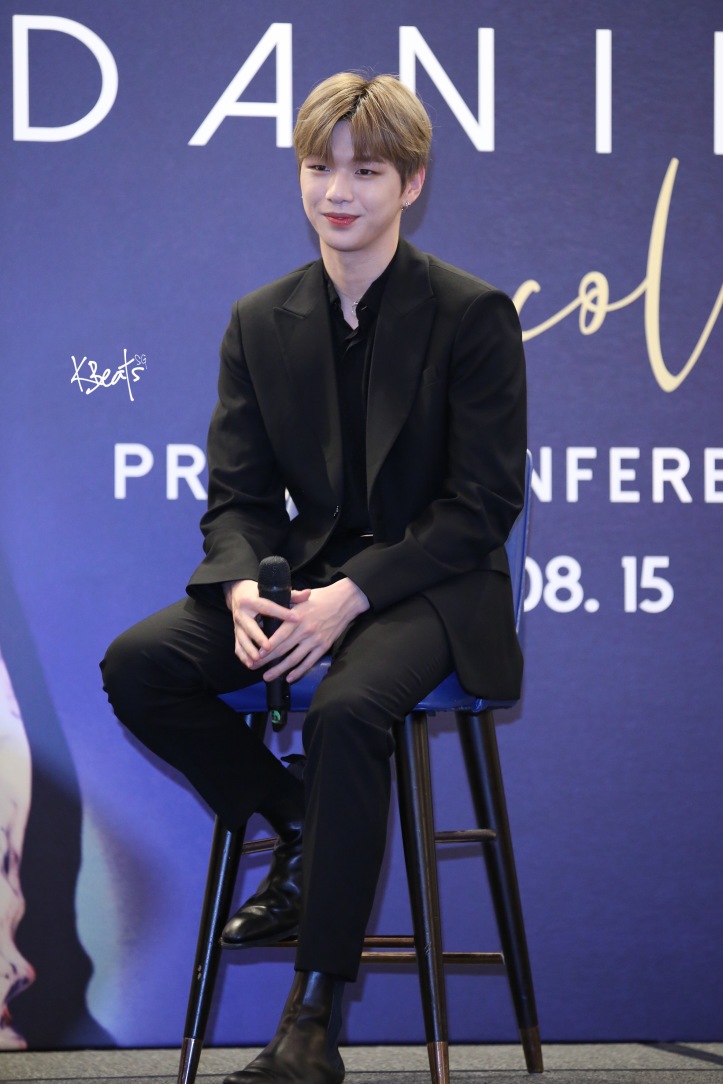 As the Ambassador of Busan, Kang Daniel’s recommendation is to visit the Haeundae beach as there are many mat-jibs (good places to eat) around the area. He also shared he would spend his afternoon hanging out with his family members and his cats, and going for a drive in Busan with good music accompanying his trip.

Fans attending his Fan Meeting today will definitely have a colourful Friday night as Kang Daniel has prepared stages showing his powerful energy at the Singapore Indoor Stadium.

More pictures from the Press Conference will be shared on our Twitter at 12PM today!

We are giving away 2 exclusive ez-link cards. Check out how you can win here.