Heartthrob Kim Myung Soo, also known as Infinite’s L was back in Singapore for his Fan Meeting with Singapore Inspirits on the 23rd of September 2017. His vibrant personality definitely made the crowd go “cray cray.”

Myung Soo started off by singing “A Little Girl” melting all inspirits hearts with his mesmerising voice. He then continued the stage by singing a short verse of “Singapura” leaving the audience in surprise.
Who would have thought he had learned how to sing that?

After learning how to say and use the typical Singapore slang “Ahbuden (of course),” he filled the whole audience with laughter continuously. When he was asked if it was challenging to wear a traditional costume for “The Emperor: Owner of the Mask” , he answered “ahbuden” leaving the audience in laughter.

He carried on watching parts of his recent historical drama that he acted in “The Emperor: Owner of the Mask”. 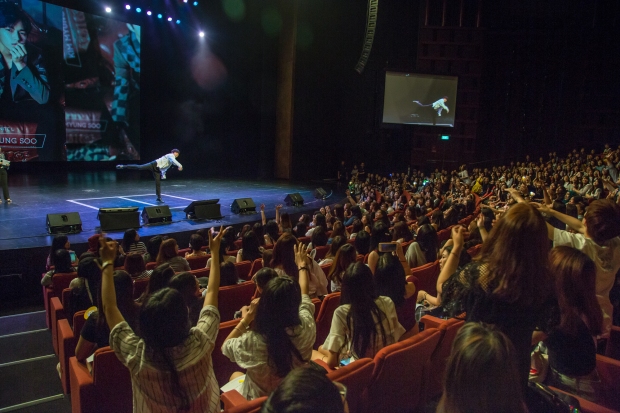 Lucky fans were being picked to go up the stage. Kind-hearted Myung Soo, thinking that the audience at the back had no chance in the event, raised his hands and threw the ball with more force so that the ball is able to reach the fans sitting behind.
(We must admit we were amazed how he could throw so far!) 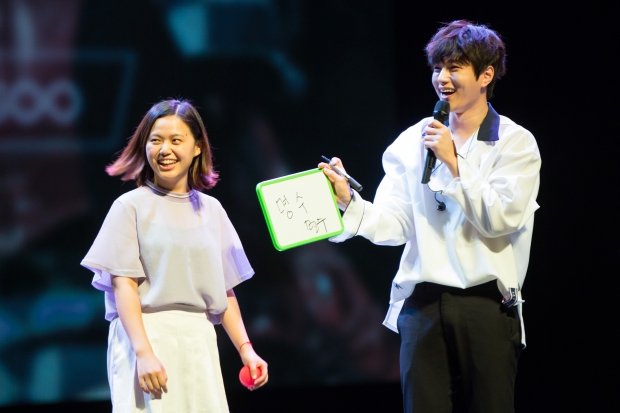 The fans that were chosen were then given a chance to act out different romantic scenes with him.
Anyone of you out there jealous? We are.

Second Stage started off with him singing “Its Okay Even If It’s Not Me.”
The fan chant during the stage was absolutely no joke. 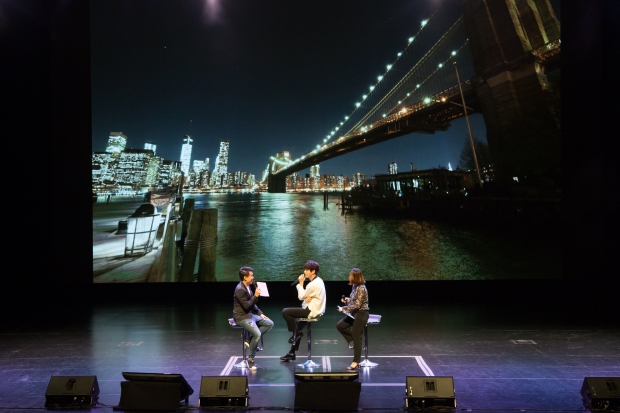 After the second song, Myung Soo shared some photos he took all over the world, including Singapore. The audience were once again amazed by his photography skills.

He then played another game with the audience, for everyone to participate and interact with him.

Effort was definitely seen when he walked around the audience, giving advice with concerns to their worries.

The Fan Meeting ended with him singing his last song “Love Of My Life.”

We would most definitely hope to see him back in Singapore once again!