SAMSUNG X iKON Unleash Next Gen Bold took place at the Resorts World Theatre on 21st February 2019 where the latest Galaxy S Series was revealed with K-Pop sensation iKON, together with over 1,500 Samsung fans and iKONICS (iKON fandom name).

SAMSUNG has also made an exclusive Fortnite skin, the new iKONIK outfit where it will bring K-Pop finesse to your look. The outfit is inspired and modeled after K-Pop sensation Jung Chan-woo, member of South Korean boy band iKON. This skin is exclusive to people who purchase SAMSUNG’s most powerful gaming device yet – the Galaxy S10+.

President of Samsung Electronics Singapore, Eugene Goh gave a short introduction to the new features of the new Galaxy S10+ where he also thanked the attendees for their support before handing over the stage to the MCs. Shortly after their CONTINUE TOUR last November, iKON was invited to Singapore to reward and thank Samsung’s loyal consumers for their support. The seven-member boy band performed to many of their hits songs such as “LOVE SCENARIO”, “Killing Me” and “BLING BLING” where the atmosphere was hyped up and sparked a sing-along in the audience which was filled with many iKONICS.

When asked about the favorite features on latest Galaxy S10+, member Ju-ne mentioned that he loves the step counting feature as he loves walking.

For the other iKON members, they were amazed at the wide angle lens and the resolution of the photos because they love taking selfies but as they have seven members, it is hard to capture every single one of them in the photo. With the wide angle lens on the Galaxy S10+, everyone will be able to fit in one photo.
On top of that, for people who have shaky and unstable hands, the Galaxy S10+’s “Super steady video stabilizer” feature can take really nice and steady shots. 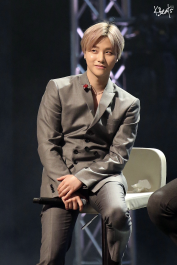 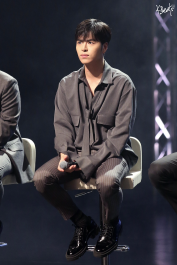 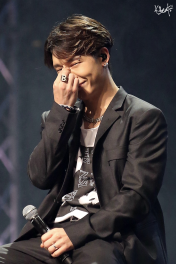 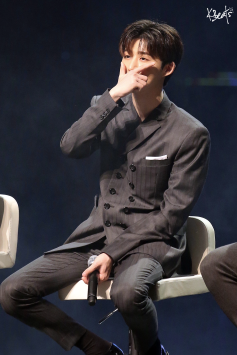 The event ended with the President of Samsung Electronics Singapore, Eugene Goh, gifting each iKON member a Galaxy S10+ each to celebrate the successful launch of the new Samsung Galaxy S10 and S10+.

We would like to express our gratitude to SAMSUNG for the invitation to cover the event!