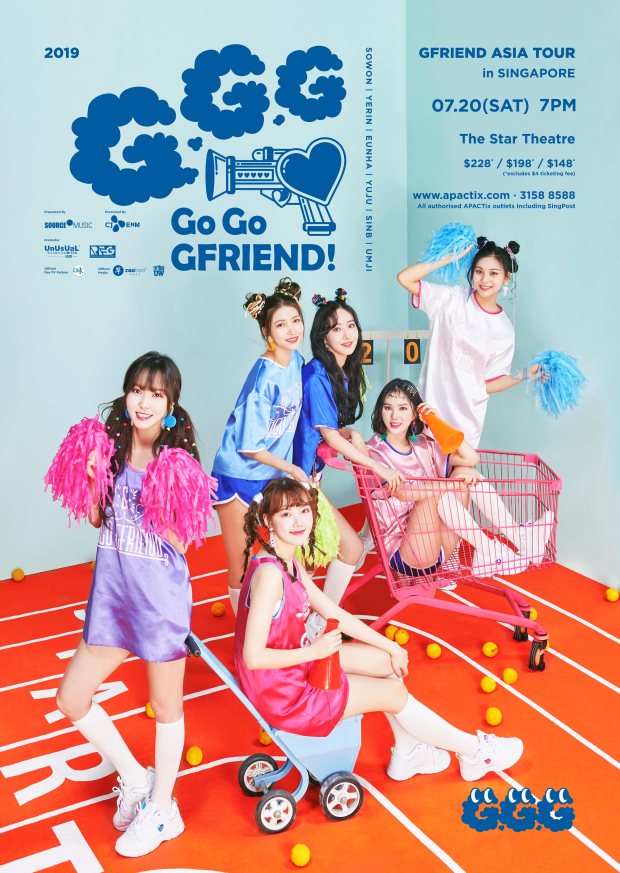 Brought to you by UnUsUaL Entertainment Pte Ltd, the girls of GFRIEND will be finally back in Singapore after 3 years! This time around, GFRIEND will be presenting more of their charisma to Singapore Buddies through their full concert 2019 GFRIEND ASIA TOUR [GO GO GFRIEND!] in SINGAPORE and the concert will be taking place on Saturday, 20th July 2019, 7PM at The Star Theatre, The Star Performing Arts Centre.

Tickets are available from 20 April 2019, 10AM through APACTix, phone bookings at +65 3158 8588, and all SingPost Outlets, Singapore Indoor Stadium Box Office, Scotts Square and The Star Theatre Box Office. 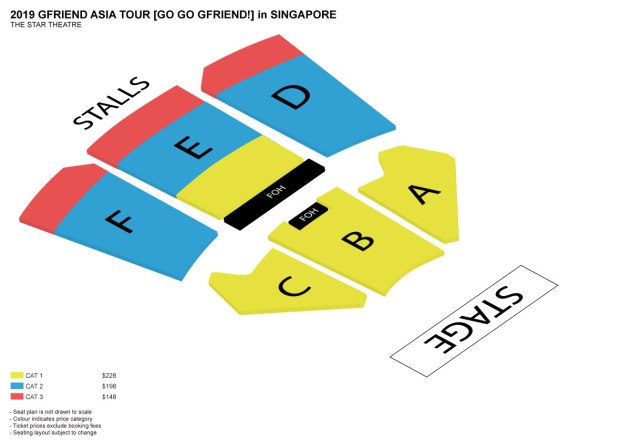 Besides performing their hit songs, GFRIEND has specially prepared some sessions to get up close with Buddy. For every purchase of a Cat 1 or Cat 2 concert ticket, one will stand a chance to win a sound check pass (250 pcs) and 450 lucky winners will have the opportunity to get real close with GFRIEND in Hi-Touch session. Cat 1 ticket holders will also have the chance to win an autographed poster (50 pcs), and 30 ultimate lucky winners will even be granted the chance to take a photo together with GFRIEND!

GFRIEND debuted in 2015 with <Glass Bead> and manage to land on various charts without supports from big companies like the successful K-pop groups usually had. They were nominated as the champion song on <The Show> despite just debut for 5 days and claimed 2nd runner up for that particular episode. In July, GFRIEND made a comeback with < Me gustas tu> and snatched their very first 1st place on a digital music chart. < Me gustas tu> remained in the chart for 63 consecutive weeks, which is the second longest charting song on chart. The music video of the song had also gained 16,000,000 views up to time.

GFRIEND were called the miracle of middle size company as they manage to grow eventually although they are not granted with mega promotion plans. They were able to stand out from girl groups with their unique style which is fresh but tough, friendly but also charismatic. They snatched several best rookie awards in a few big significant music awards included <Melon Music Awards>, <Golden Disk Awards>, <GAON Chart K-pop Award>, and <Seoul Music Awards>in the end of 2015. GFRIEND also received Best Excellent Rookie Award from <YinYueTai V Chart>, proving their high popularity overseas.

In 2018, GFRIEND held their first solo concert at Olympic Hall in Seoul, which was sold out within 3 minutes upon ticket sales launch. They debuted in Japan in the same year, where their debut stage gained a lot of praises from Japanese media, and their title song <Memoria> even become Japanese show <Buzz Rhythm 02> October’s theme song. Later on, GFRIEND released their 6th mini album <Time for the moon night> on 30th April, and this album rank 6th on Billboard world album chart in just 10days after release, showing their growth as a recognizable international artist.